Help this game reach its goal

You've been with Paranormal Inc. for a while now. You've seen some stuff. You've kept the lights on for a bit longer. But the bills never stop coming, and there are ALWAYS more ghosts to bust! 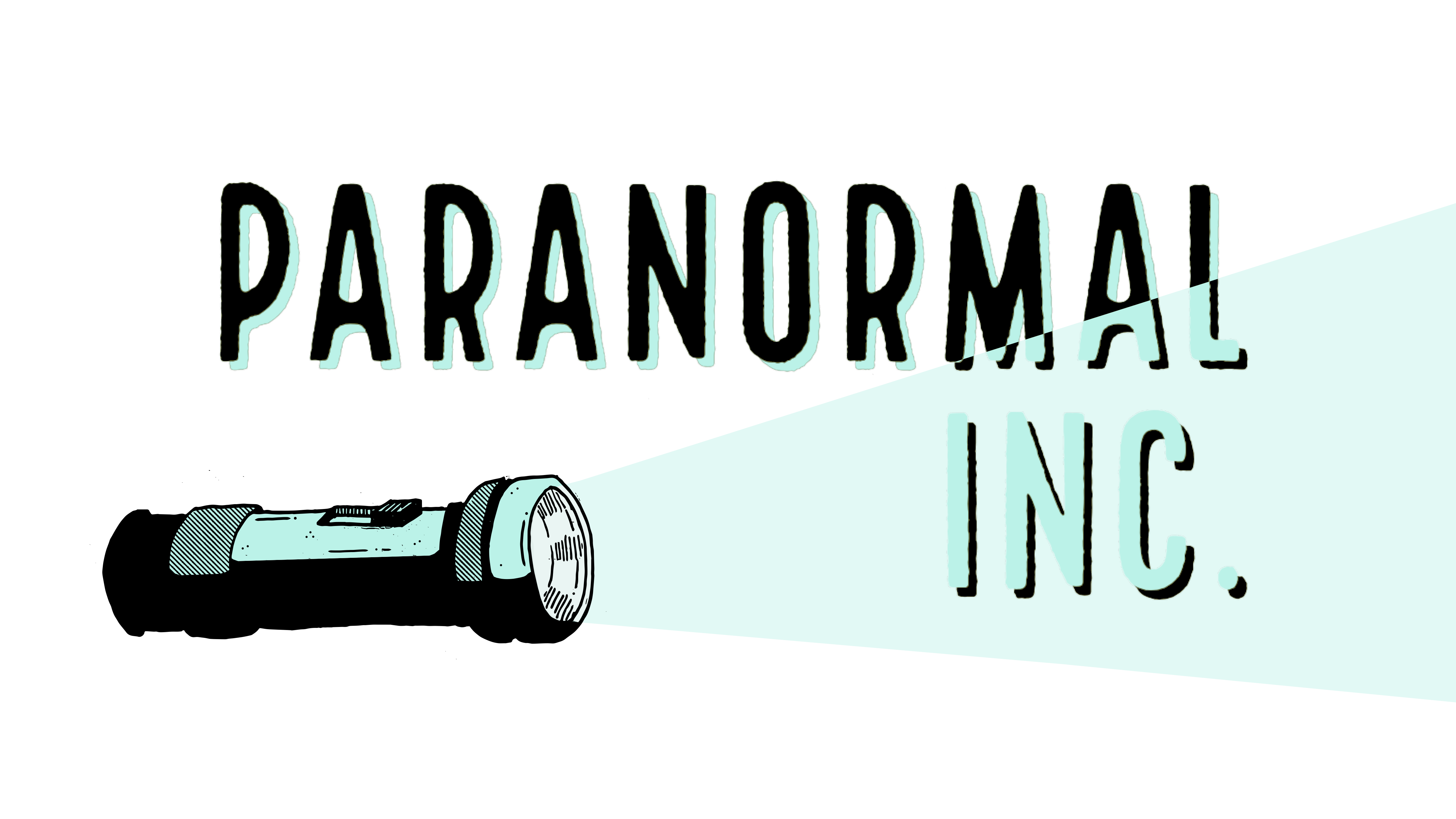 Paranormal Inc. is a gm-less tabletop roleplaying game for 2-5 players. It uses a standard deck of cards and some 6-sided dice to generate a world for you to explore and solve mysteries in.

Paranormal Inc. is a game about solving mysteries, struggling under capitalism, and making connections with living and dead alike. It's a game about pushing through your own personal hauntings to help others. 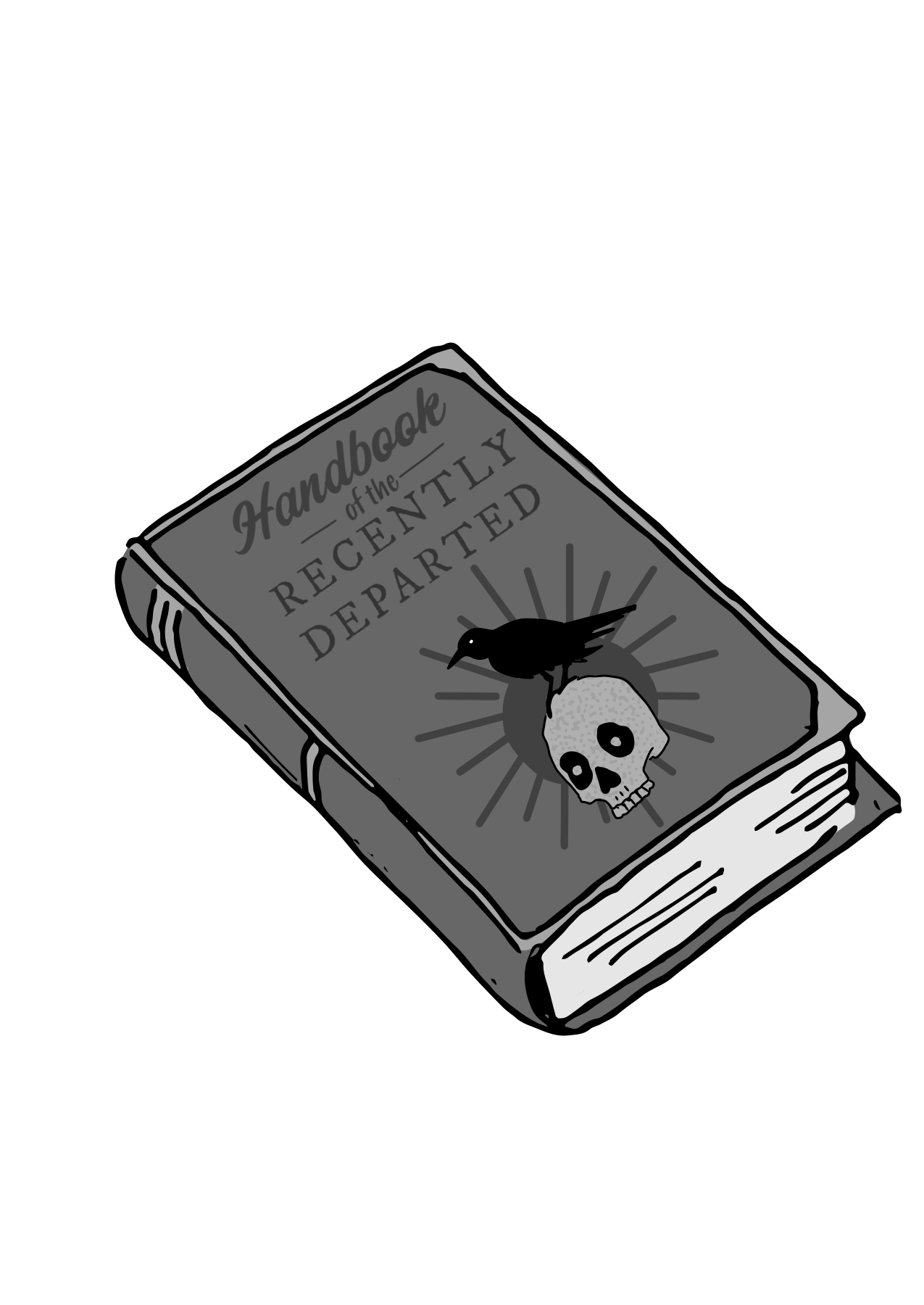 Ghost Ship: A Paranormal Inc. team-building exercise on a day cruise down the river turns into an unexpected opportunity to confront a local ghostly legend.

The Fast and the Phantasm: For months now, a ghostly driver has been showing up to illegal street races held around the county. The spectre only shows up during the race itself, and so the team is going to be loaned a car with a CB radio and NO2 boosters, because they'll have to investigate in motion.  By Lara Paige Turner.

S.I.R.E (Working Title): A closed government paranormal research institute is set to be turned into housing and Paranormal Inc. is hired to quell fears about any remaining ghostly activity. But things are not as they seem in this 'empty' building. By Krushna Dande.

The Victorian London Experience (Working Title): The investigators are called in to consult on a haunting happening at the Victorian London Experience - a cheesy and sensationalist interactive show where actors and storytellers show off morbid urban legends for edutainment. They recently opened a limited show on infamous body-thieves and then were immediately beset by supernatural activity, which the crew is called to deal with. By Yanahn. 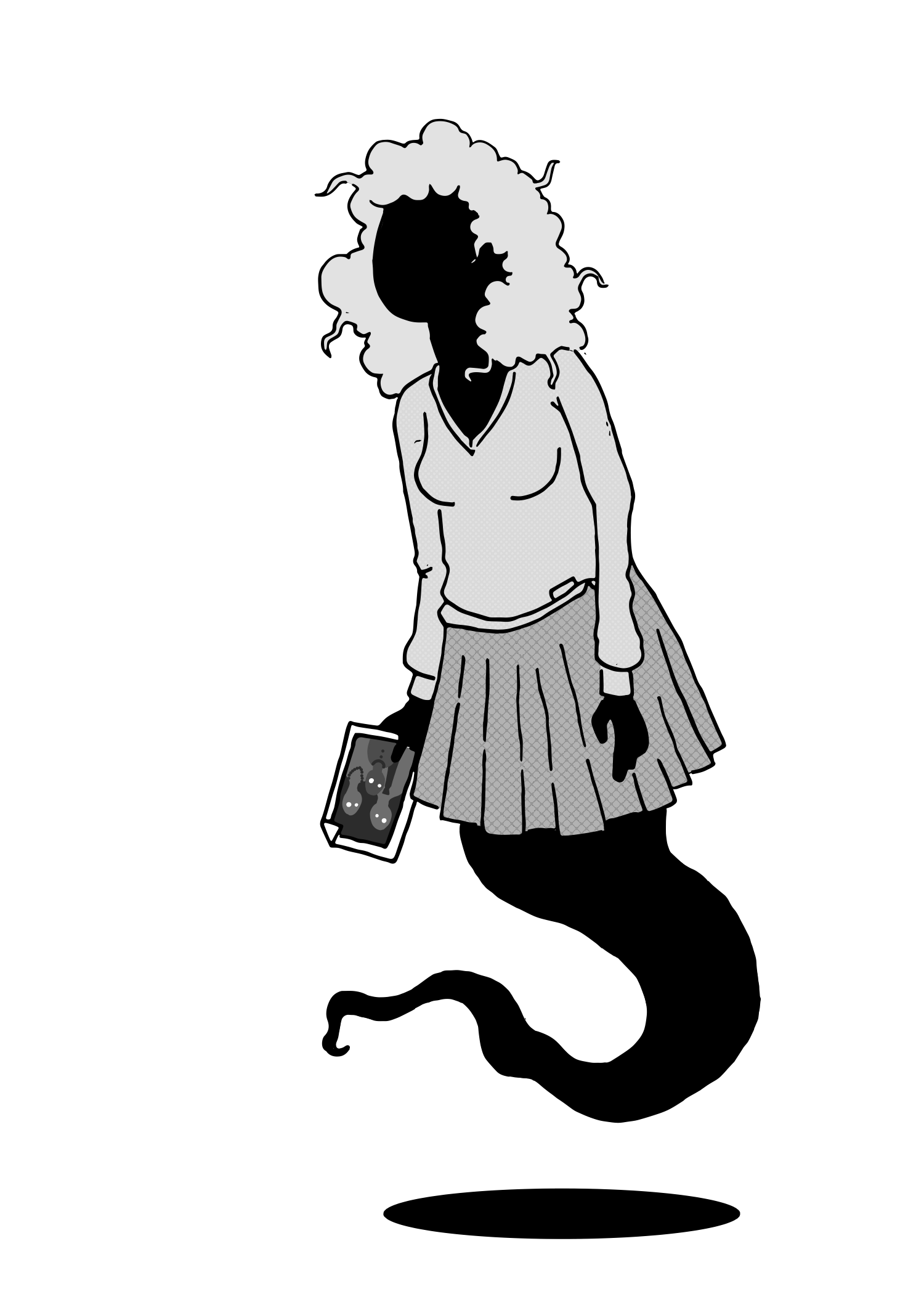 Art of the Ghost playbook character by Ignacio Santander-Alfonso

BUT THATS NOT ALL.

In August of 2022, I placed a call for pitches for this project, and was overwhelmed with a number of amazing pitches. For each additional $300 raised past the sales goal, I will hire 1 more writer from those pitches.

This means that for each additional $300, you will receive an additional mystery!

Backing now gets you all the mysteries for $8. Once our goals have been reached, the price will increase to $10!

Before $500 You receive 3 mysteries (Haunted Holidays. Ghost Ship, and Lady Hemlock's Manor), unedited and in plain text PDFs. These three mysteries will help you expand your play right away while we wait to finalize their layout and editing. Currently, Haunted Holidays is available immediately, with the other two being released throughout October.

At $500: You receive all 6 mysteries, edited and laid out in the usual Paranormal Inc. mystery style PDFs.

At $800: Cat Evans will write Happiest Day. This is a darkly comic mystery featuring two brides,  fireworks, a fiasco, and a problem with some doves.

At $1100: Sarah Bolling will write Bargain Hunting. When the Paranormal Inc. crew scrounge up enough money to refresh their office decor, they head for the furniture aisle of the big-box retailer Doormart—only to find themselves trapped on a showfloor that suddenly seems to stretch out infinitely, with no checkout line in sight. To escape retail hell, they must investigate to figure out which haunted object is causing the anomaly and cleanse the store of its malevolent influence. This is a surreal and ironic sci-fi horror mystery about the insidiousness of bland commercialism and the mundane terror of the curated retail experience, inspired by Control, SCP creepypasta, and Grady Hendrix’s Horrorstör.

At $1400: You receive an additional mystery by Jim Crocker

At $1700: You receive an additional mystery by Kat Letwin.

If we raise money above these amounts, I will continue to hire and update this section accordingly!

Alicia Furness (they/she):
Alicia is the designer of Paranormal Inc. They are also known for their work on Brindlewood Bay, Camp Flying Moose for Girls of All Kinds, and Basic Witches. Alicia's games can usually be described as asking the question "who is the REAL monster?" (Spoiler Alert: It is us. Humans are the real monsters). She lives in Ottawa, Canada with her partner and cat. Find Alicia on twitter at @aliciafurness

Lara Paige Turner:
Lara Paige Turner is an tabletop game designer and lifelong theater kid, currently living outside of Seattle with her wife, kid, and hamster. She's been in professional games-writing for about a decade now, and is the author of the world's best Oscar Wilde play simulator, and a number of extremely unsubtle games about the trans experience. You can learn more about her at GlaiveGuisarme.com, or follow her on Twitter as @glaiveguisarme.

Yanahn:
Yanahn is a Malaysian TTRPG writer and illustrator presently based in the UK. An unceasing fan of the word 'eldritch', she enjoys writing games and adventures in fantastical (or spooky) settings. Game work can be found athttps://yanahn.itch.io/ and she is on twitter as @KristenChin8

Krushna Dande:
Krushna Dande lives in New Delhi, where he studies strange things and writes. In his free time he enjoys cooking, drawing, and ruining good pants with spontaneous hiking.

Brent Jans:
Brent (@DorklordCanada on Twitter) is a freelance editor of both tabletop roleplaying games and speculative fiction. Over the last fifteen years Brent has edited for On Spec Magazine: The Canadian Magazine of the Fantastic as well as Wayfinder magazine. He has worked on numerous roleplaying games and supplements, including The Sudden Storm, What the Ruins Kept, the Black Swan RPG, Not Another Monster Quest Volume 2: Orcs, Gnolls, and Minotaurs, Unbreakable: Revolution, and the first four volumes of the Uncaged Anthology. Mostly recently you can find Brent’s editorial fingers all over Court of Blades, the newly released Tavern Tales, and the upcoming Unbreakable: Pathways. And soon, of course, these excellent and exciting new Paranormal Inc. adventures!

In order to download this game you must purchase it at or above the minimum price of $8 USD. You will get access to the following files:

Congrats on the itch funding!  I thought I purchased “Bust more Ghosts” but on the download page I only see “Haunted Holidays” and  “Down by the riverside.”  Where are the other mysteries?

because this is Itchfunding they are not complete yet!

By the way, I’m having blast!

that’s really bizarre. Unfortunately I do not have any control over the website, so can’t look into that. You may want to reach out to Itch if it’s a continuing issue?

Thanks. I will reach out to them. I have made other purchases recently, and can see others are able to purchase. I really want to support this!

Never heard back from support. But apparently it's my home laptop. Just bought it at work! Gonna dig in soon!

I'm so glad you were able to get it! Thanks for the support

I just backed this, and read through the first mystery in the bunch. It's going to be SO fun to play! The prompts are all excellent but I am really hyped about the NPCs. Every single one of them is someone I want to show up in a game. Even Dave.

I can't wait for the rest of the mysteries! The summaries look great, and (selfishly) our playgroup has gotten through nearly all the other mysteries so MORE is always better :D

I love to hate Dave so much.

I hear he wasn't even an NPC for the mystery - he just showed up. Typical Dave. 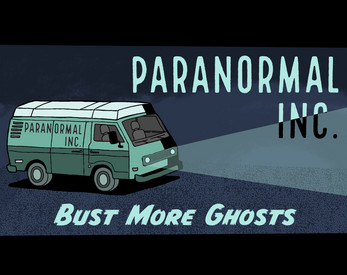